You are here: Home / Sports / The Latest Cricket News and Opinions / ICC Cricket World Cup / What did we learn from IPL 2019? 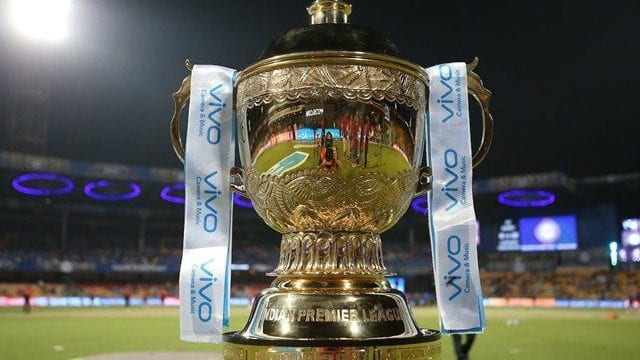 The Indian Premier League (IPL) has taken place every single year since its inception in 2008. A club cricket league having its own place and schedule every year in the Cricketing calendar says a lot about its importance. That alone makes it the single most important league in the game’s history. All versions of the IPL have been super hits in terms of viewership, fan following and its effect in spreading the game across the globe. IPL 2019 has been no exception. With the ICC Cricket World Cup set to begin within the next 30 days, it obviously drew even more attention.

That it can be a perfect platform for match practice

Look no further than the dynamic Australian duo of David Warner and Steve Smith. Returning from their bans for match-fixing a year ago, IPL 2019 was the perfect stage for them to go head-to-head with International players from different countries, get some game time and prepare earnestly for the World cup. And boy did they make good use of the opportunity! Warner returned to the Australian camp for the World cup warm up matches with the Purple cap having amassed a mammoth 692 runs at an average of 69.2 and a strike rate of just less than 150. And all this having played 3 matches fewer than most of his team-mates. Steve Smith didn’t have a bad run either – a run tally of 319 runs at a healthy T-20 average of slightly less than 40.  He even got to lead Rajasthan Royals for a few games. He won’t be captain of Australia at the World cup, but could be an important ally for Aaron Finch. Australia suddenly look like one of the favourites for the title.

Does Kohli know who his number 4 batsman is going to be?

So many names made the headlines in the last 2 years. Yuvraj, Rayudu, DK, Vijay Shankar, and the list goes on!  When the squad for the World cup was announced, most experts felt Vijay Shankar would fill that spot and that his selection over Rayudu was justified. But his efforts in the IPL, batting mostly at number 4 and 5 have been less than ordinary. 244 runs in 15 games at a strike rate of just around 125 is testament to that fact. But it’s not just the number of runs and how he got them that matters as much. It is the fact that in so many innings, he did not make one single match-winning contribution in spite of going into bat at opportune times. He continued to throw his wicket away when his team needed him the most. His returns with the ball have not been great either. With the World Cup starting soon, will Kohli and co trust Vijay Shankar to bat at Number 4? Or will they go to DK/Rahul to fill that spot? Or may be even promote Dhoni a spot up? Your guess is as good as mine!

Should he have been in the World cup squad or not? Is he a better keeper than DK? His position as the number 1 choice in tests suggest that he is. But if that’s the case, why is he not in the World cup squad? Is it because DK is a better finisher in the limited overs format? Or probably DK’s experience played a part in his selection?

Whatever said and done, Pant has had a terrific IPL with the bat and gloves. And with his team progressing further in the competition than KKR, he has had more opportunities to shine as well. Yes, there is always talk about his inability to finish games for the team. But give the boy some time, he is just 21 !!

450 plus runs in IPL 2019, and finishing in the top 10 run-getters above the likes of Kohli, Bairstow, ABD and MSD, to name just a few, is no mean feat. Rated highly by Ganguly, Ponting and Michael Vaughan among others, he is set to have an extremely long career ahead as an Indian cricketer. Only time will tell how well he manages himself during this run. But the question still remains – Should he have been on the plane to the UK, and did the selectors miss a trick?

Can Andre Russell repeat his heroics at the World cup?

He has always been a big hitter and a mighty T20 player. But in IPL 2019, he went the extra step and literally produced magic! It wouldn’t be extraordinary to say that he almost single handedly took KKR into the playoffs of the competition. More than 500 runs at a strike rate of over 200 is a mind-boggling achievement.  But can he reproduce the same form and have the same effect in a 50 over setting? With all his fitness problems, can he withstand the effects of a long tournament such as the World cup?

It is possible that WestIndies could use him sparingly through the tournament, resting him from time to time to keep him performing at his best. With slightly more bowler friendly pitches in England, Russell has his work cut out. He also won’t necessarily be coming in to bat with 10 overs left in the innings. So, how he goes about pacing his innings will be interesting to watch. We have seen Chris Gayle do that in the past, taking his time in the first 5-8 overs to see the ball well, get set and then launch an attack. Can DreRuss do the same? If he does, he will be a big influence and will definitely play a huge part in WestIndies’ chances at the World Cup.