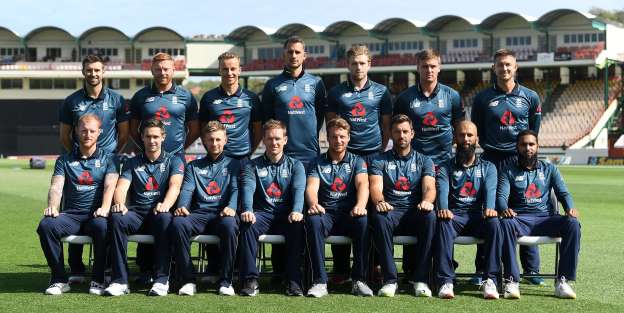 1992 was the last time England reached the finals of a Cricket World Cup, and it was probably the last time they were even considered amongst anywhere near favourites. Consistent failures followed, but none more miserable than 2015 in Australia and NewZealand. Crashing out of the group stage after a loss to Bangladesh (who were no pushovers), the team was in totally disarray. English Cricket needed a push! The period immediately post the World Cup was one that involved intense scrutiny; heads were chopped and leadership was changed. But what followed that was a period of supreme rejuvenation. Under Eoin Morgan, the team turned their game around and started gelling incredibly well as a unit. Credit goes to the selectors and the captain for sticking with a consistent group of players and giving them the time to bring their best game forward. They broke a string of records and in a way brought to to the fore the concept that setting and chasing scores of 350+ was actually possible. In the words of one of their players, they actually became a ‘structured winning machine.’ 20 years later, here we are, in the UK where the 2019 Cricket World Cup is just over a week away, and thanks to the immense work done over the last 4 years, England start as firm favourites for the title.

They possess the perfect blend of batsmen, bowlers and all-rounders amongst all countries at this year’s Cricket World cup. Most, if not all, players have been in terrific form and mostly free of injuries. Add to this the fact that they will be playing at home adds an extra layer of advantage in a long, global competition such as the World cup. They will be more suited to the conditions on offer and will have the backing of home support through the competition.

Jason Roy, Johnny Bairstow, Joe Root, Eoin Morgan, Jos Buttler, Moeen Ali and Ben Stokes make up the top 7 that will take the field in the first game against SouthAfrica. Usually, any batting order revolves around 2 or 3 people, but in this line-up, everyone is a match-winner in his own right. Bairstow had a terrific IPL season, Eoin Morgan and Joe Root were in tremendous form in the series against Pakistan, and Moeen Ali got some useful runs (and wickets) too. And having someone like Jos Buttler coming in at number 5 or 6 is luxury. You only need to go as far back as the 2nd ODI against Pakistan on May 11, at Southampton to see the destruction he can cause with the bat. To score a 100 after walking in to bat in the 36th over is absolutely mind-boggling. There are many players today that can come in at that stage and score a quickfire 50 off 20 odd balls. The names of Andre Russell, Hardik Pandya, David Miller or even Glenn Maxwell come to mind. But to carry on and score a century is a different achievement altogether. Having Buttler and Stokes in their lower order can be the difference between scoring 280 and 350 on a given day.

Not a bad bowling unit!

The bowling line–up for the first match against South Africa, in my opinion, will most likely include Adil Rashid, Joffra Archer, Liam Plunkett and Chris Woakes.  That would leave Mark Wood and Tom Curran to warm the bench. Joffra Archer making it to the final squad was expected, but not at the expense of David Willey.  To drop a left-arm seamer who has been in good form and a constant member of the playing 11 for a while, came as a shock to me. The attack might not seem at the outset to be very strong, but it offers good variety. A leg spinner who has shown to be a very consistent wicket-taker and the captain’s go-to man, two youngsters who consistently hit above 145 kph and the newest fast bowling sensation in the world in Archer. The fact that Sam Curran and David Willey did not make the squad tells you how strong and versatile this bowling unit can be on their day. With Stokes and Moeen Ali usually bowling their quota of 10 overs consistently, England have 6 very good bowlers to complete 50 overs. Any bowler can have a bad day, but the fact that they do not even have a concept of a 6th bowler (think Kedhar Jadhav, Glenn Maxwell, or even a JP Duminy), makes for a huge advantage when defending low totals or offering variety on unpredictable pitches. The fact that the selectors opted for a last minute change to their fringe options, by bringing in Dawson over Joe Denly tells you how deep the thinking is. Dawson is perfectly capable of coming in to the team and doing a decent job, if there is an injury to either Ali or Rashid.

The squad is very well balanced and united in their quest for success.  And having a calm and composed leader at the helm has helped the cause too. They bat deep and have bowling reserves to depend on, on a bad day. If I have to pick a weakness in this team, it would be the lack of experience amongst the bowlers. Woakes and Rashid are the most experienced bowlers in the team, each having played close to 90 ODIs (only). England’s strong batting line up has sometimes made the job easier for their bowlers, so it would be interesting to see how the bowling unit performs when defending smaller totals. Having said that, do remember that this unit has played together for quite some time, so it would be safe to assume that they know what their role is in the team, and what each one of them can and cannot do. That should help!

England’s biggest challenge will definitely come from India and Australia, not to forget Pakistan who can also be tough opponents on their day. Qualifying for the semi-finals by finishing top of the league would be a great statement of intent, but taking it one game at a time would be the best way forward. England has never won a global cricket competition that includes the World cup or the Champions trophy. They have been runners-up 5 times, more than any other nation. That will be on their minds especially if they reach the knock-out stages. And the fact that no one in this team has the experience of lifting a global trophy could seem to be a disadvantage. A World cup triumph would be the perfect way to culminate the process of change that began in 2015. Whether Eoin Morgan will lift the cup at Lords on July 14 is anyones’ guess, but this is their best chance of winning silverware. Anything less than that will definitely hurt.